Why You Always Have Contracts for Video Work 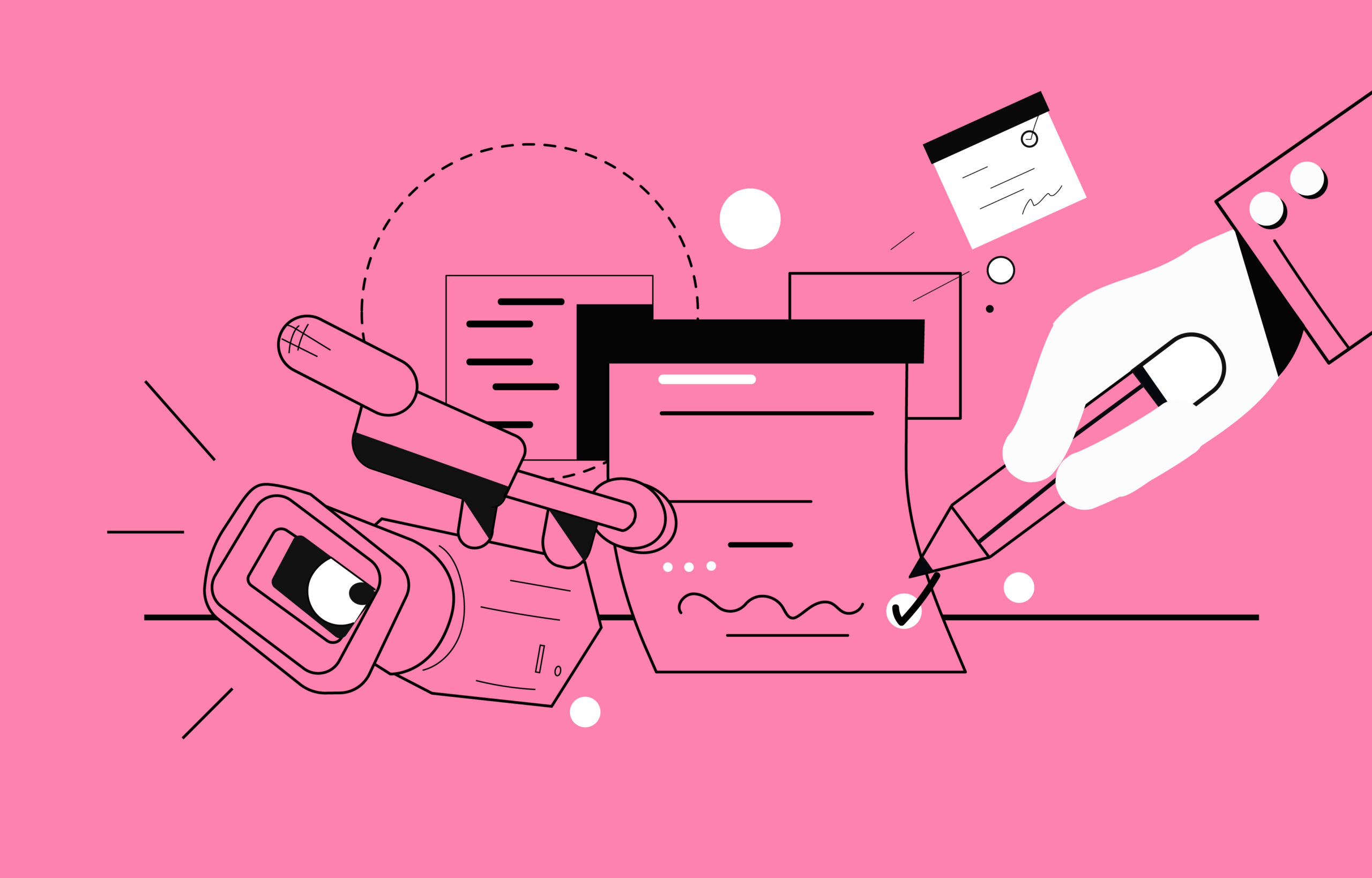 Usually, I always have some kind of understanding in place before I shoot a video for a client. Whether it's an email or a text message, having something in writing that outlines what you're going to shoot, as well as what the client is going to get in return protects everyone.

However, I had a recent experience that got out of hand quickly because I didn't have a contract in place. If you're a videographer or filmmaker working with clients, then here's a story you need to hear:

On the Westside of Los Angeles, I work as a journalist part-time for a local newspaper. Freelance writing has always been my main source of income, but on occasion, I dabble in film work to offer extra value to interviewees and clients that could use the marketing. After speaking with my editor at the paper, she put me on an assignment for a local franchise restaurant that was reopening after a long stint of inactivity from COVID-19.

I gave the contact a call, set up an interview appointment, and met them at the venue a few days later. The interview wasn't anything special—we talked about why the restaurant closed, the changes they made to comply with COVID-19 guidelines, new updates to their menu.

Soon enough, the interview was over and the CEO who I was talking to asked me when the article would come out. I told him it usually takes about a week, and right away, he looked over at his assistant and asked her about what other marketing campaigns they could run to get the word out about their relaunch. She shook her head and shrugged.

They were set to reopen in about 10 days, and rather than other tactics and the new article, they were looking for something fun and engaging to bring in more customers. Being the freelancer that I am, I quickly saw this as an opportunity to bring on a new client.

After all, they were a big franchise with other locations around the country. I thought to myself, "If I can create a cool ad for them for free, maybe they'll feel more inclined to hire me for future campaigns." In my head, it was a win-win—they would get a free video ad to share online and I would get to prove my value upfront and earn their trust for future work.

After giving it some thought, I chimed in and made my offer. I would shoot a free 30-second ad for them, and in exchange, they would tag my company on social media to help me gain some more exposure. The CEO and his assistant were thrilled about the proposal and we all agreed. Unfortunately, what happened next is exactly why you don't want to offer free work, especially when you don't have anything confirmed in writing.

Give Them an Inch and They Take a Mile

The initial arrangement was that I would come into the restaurant's mock dinner service and shoot a quick video ad of that night, go home and edit the footage, and then send it to them so that they could share it the morning of their actual launch date. However, once they got me in their pocket, they started treating me like their servant.

The next day, the assistant called me and asked if I would come to another location of theirs across town to shoot footage of the food so that things were less hectic at the mock dinner service. Instantly, I knew that this was out of the realm of what we already agreed on, but I'm a patient guy, so I went along with it anyway.

What followed was a 5-hour shoot day of me running around the kitchen and getting tons of shots of food being served to some employees who offered to sit in as extras. When we finished, I told them that I had more than enough footage to make a nice ad for them, but they still insisted that I come to the mock service to shoot people in action and guests pouring in.

I was reluctant, but I still agreed to be there. Plus, they kept offering me free food—another sign that you're being baited along. Despite the pit in my stomach (which could have been from the food), I went home, cut the footage together, and gave them a high-quality ad that they preceded to use on their Instagram account the same day.

Funny enough, they forgot to tag us when they posted it and I had to send the account a message to correct the mistake. It was a lot of work, but I tried to stay positive...

How Quickly People Forget Their Place

So two days later, I arrive at the mock service and the CEO is there getting the front of the house ready for the night. He's nice at first, but suddenly, he starts ordering my business partner and I to go around and take photos of the space.

We sort of laugh and look at each other, but we try not to take it so seriously. After all, people get stressed out and we were there to help them have a great opening. But out of nowhere, the guy's attitude took a turn for the worse. He ordered us again to take a specific shot of the dining room without anyone else in the space.

We set up our gear and tried to take the picture for him, but employees kept crossing the frame and interrupting. This went on for about 10 minutes before the CEO rushed back into the dining area and yelled at us to hurry up and take the photo. Once again, we laughed and scratched our heads at how quickly this client forgot his place in our arrangement.

We were there for free to help them, and yet, he was acting as if he hired us to be there. Once again, this type of behavior could have been easily handled with a proper contract in place, but the blurred lines made it easy for people to crossover into bad behavior.

The night sort of went on like this—the CEO barking at us to do different tasks that we weren't hired or agreed to do, and finally, the night reached a culmination when we were asked to shoot footage of a celebrity that came to the event.

People Will Try to Strongarm You Without a Contract in Place

At the end of the night, a famous celebrity showed up at the restaurant, and of course, the CEO wanted us to shoot footage of them.

Luckily, the star was nice enough to agree and we shot them saying a few promos for the restaurant—really great footage altogether. When we finished, we tried our best to remain pleasant with the client and simply deliver on our promise. Overall, they were happy about the results, and based on the previous ad I made for them from the first shoot day, they were confident that the next one would be incredible. So we went home and started editing.

After a few hours, we sent them some awesome ads that they loved and posted on their website. Once again, they failed to tag us and I had to remind them, but all in all, we delivered and they were happy—so we thought.

A few days later, I got an email from the assistant asking for the raw footage of the celebrity so that they could use it for additional ads. Of course, we were happy to oblige, but I asked her to pay us a fee for the additional footage since this request was outside the initial deal we made.

In terms of industry standards, a lot of videographers won't release raw footage to clients, but if she was willing to pay for it, I didn't mind releasing it to her. After I made the request, she promptly wrote me back with the following message:

"Since you shot the footage on our premises, we own the sole rights to that footage and you have to release it to us. You are not entitled to payment. Please let us know how we can get the footage from you ASAP."

I was dumbfounded. Any Google search will tell you that unless there's a contract in place, all rights of any footage taken are granted to the videographer. The assistant was clearly in the wrong, but more importantly, I had created a slew of unnecessary problems for myself by not having something in writing beforehand.

I quickly wrote her back and explained why I couldn't release the footage to her, and when she replied, we agreed via email to give her all the raw footage for a few hundred dollars. In the end, I had no use for the footage anyway, and it was pretty clear that this client was not someone I would want to work with again.

The next day, I met with them at their headquarters and dumped the cards. I also wrote up an agreement of the transaction and made sure we both signed it so that there was no confusion about the footage moving forward. Lesson learned.

With Fiverr, You Don't Have to Worry About Contracts

Although the whole experience blew up in my face, I walked away with a deeper appreciation of what contracts do for both parties involved.

As a freelancer, you need protocols in place the keep you protected at all times. Most of all, you need clients to know what value you bring to them and to not be put into a situation where you're being taken advantage of. Thankfully, Fiverr has contracts built into the platform that always have your best interests in mind.

For example, with film work that you secure through Fiverr, clients are already briefed on what they can expect from you as a creator. Also, Fiverr has a system in place that ensures you're paid on time, as well as making sure that clients aren't asking more of you than what's initially agreed upon. Everything is laid out in the agreement and you can focus on doing meaningful.

I know it sounds nice to try and do good things for others, but when it comes to video work, try to keep your good deeds reserved for family and friends. As for clients, always have a contract in place that keeps everyone on the same page. 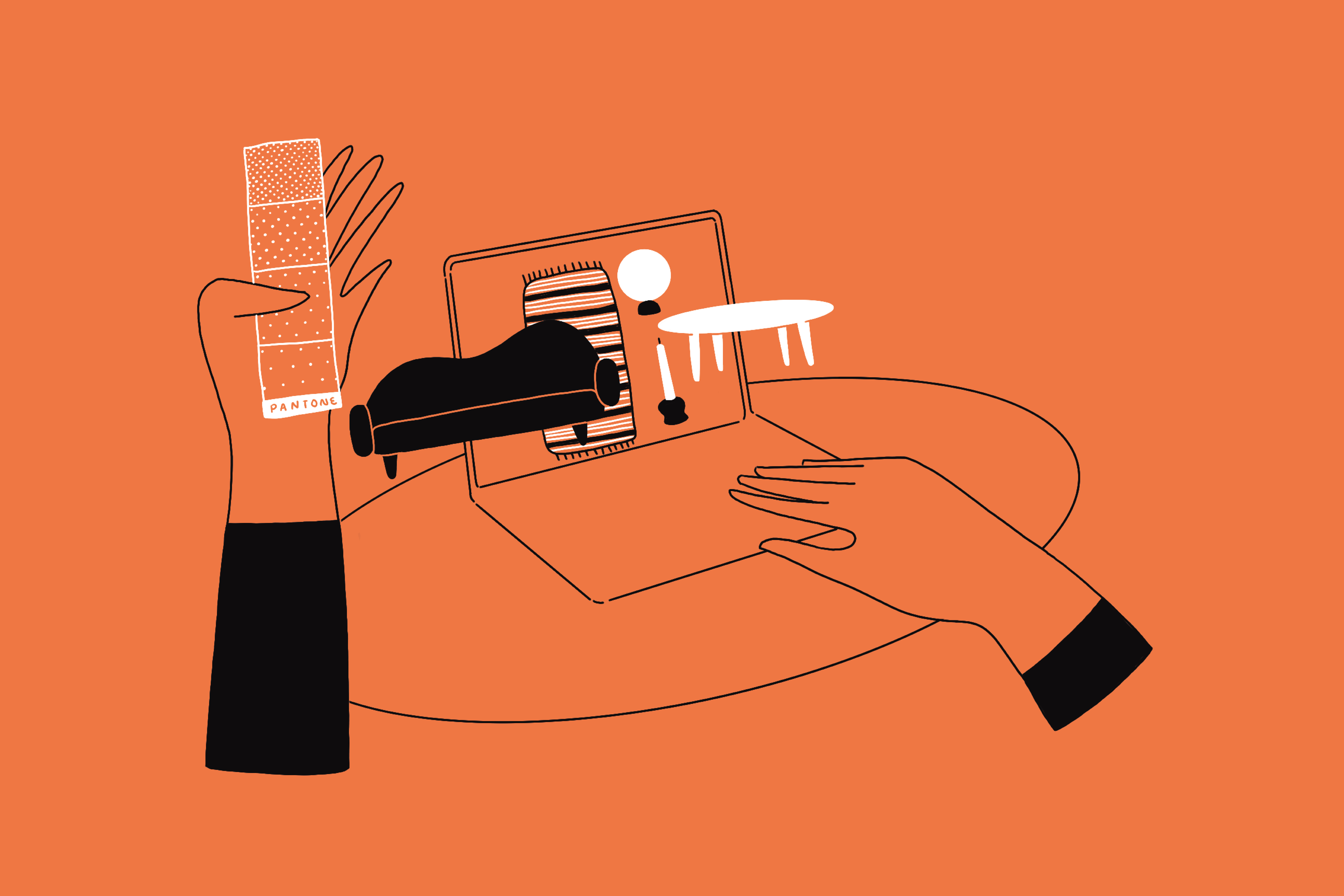 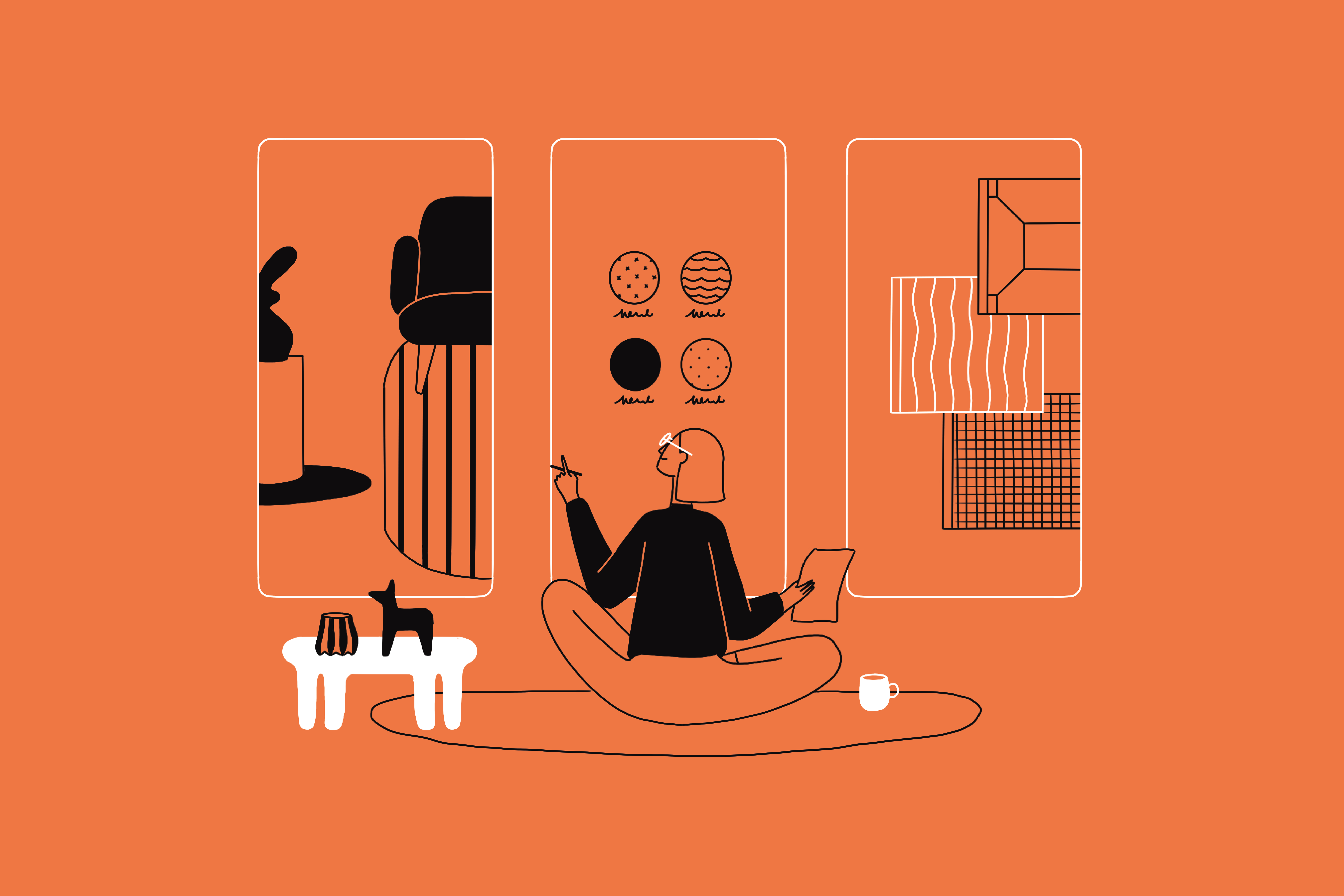 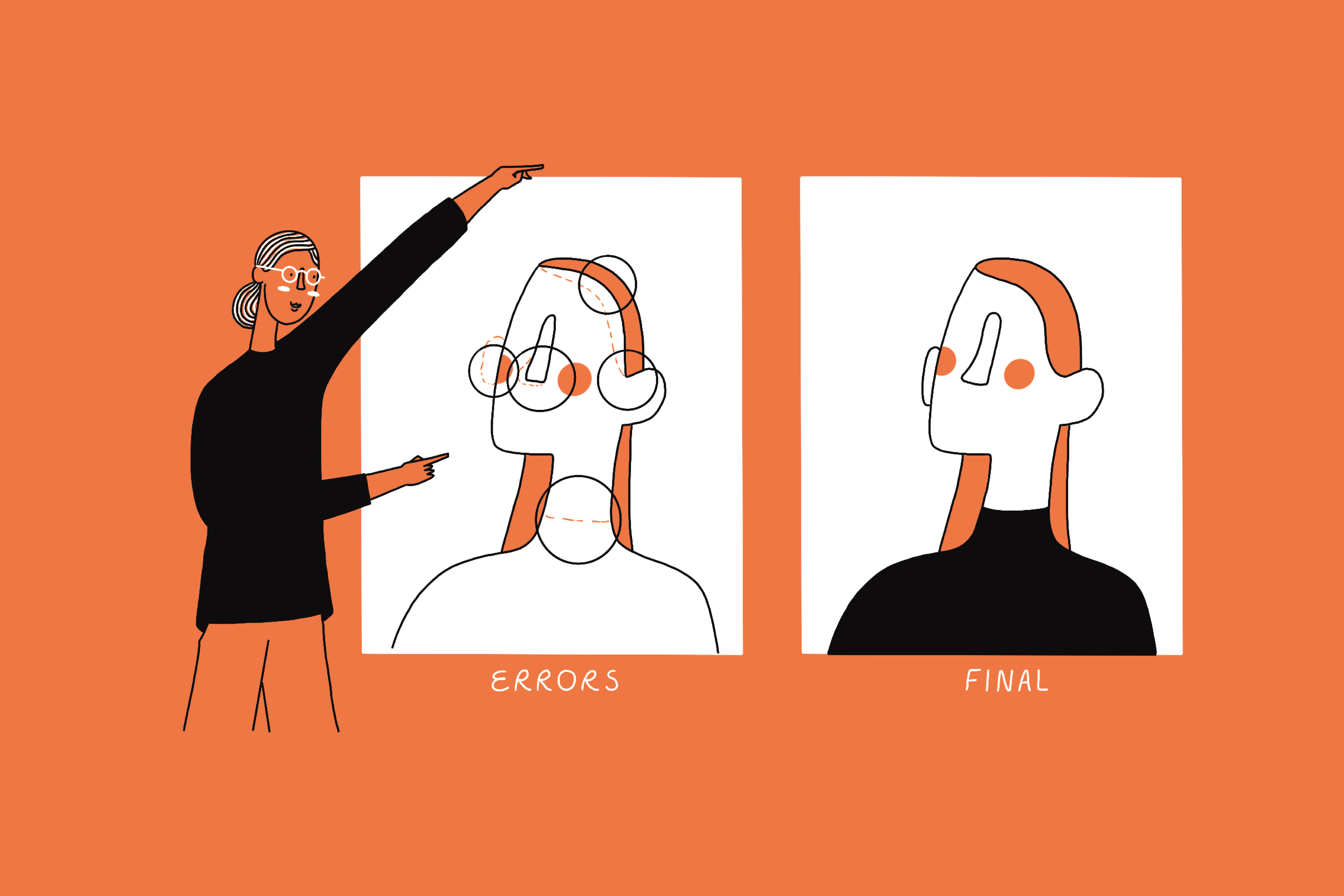