The Top 2 Most In-Demand Programming Languages 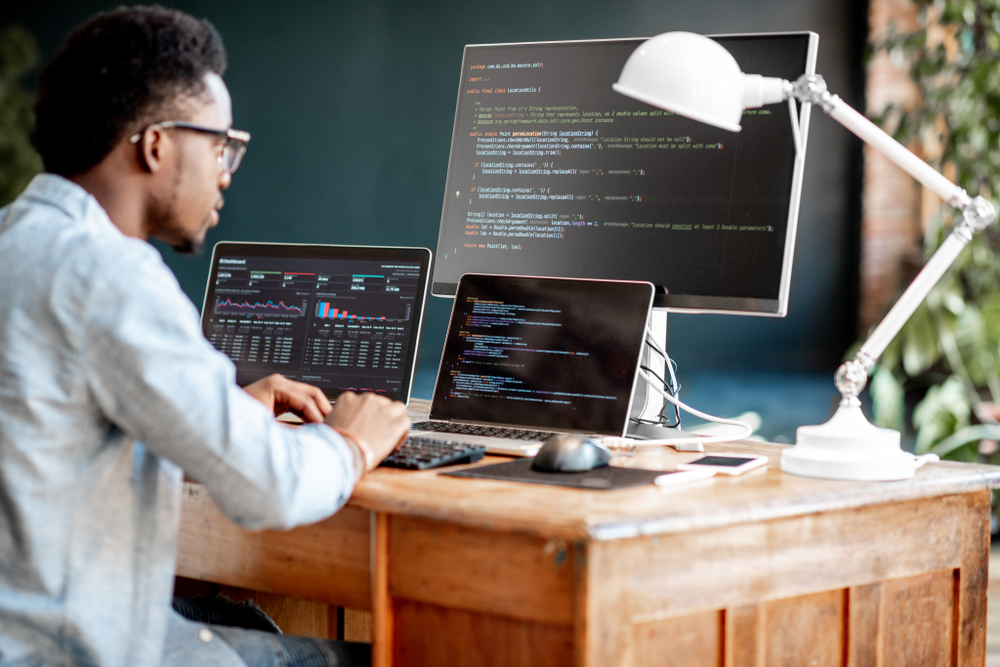 Programmers and software engineers have been in high demand for decades, but the industry’s talent shortage has become more pronounced as almost every major business on earth becomes a technology company in one way or another.

Most major companies want to build an app, but they’re also delving into other areas that require programming expertise. Many are building their own automated customer support systems, user interfaces, and proprietary software.

According to a report by Forrester, companies paid about 20% more for in-demand tech talent in 2018. There will also be an overabundance of computing jobs through 2022 and a shortage of degrees awarded in the computing industry.

According to the U.S. Bureau of Labor Statistics, there could be as many as three times more computing jobs available by 2022 than there are graduates with applicable Bachelor’s degrees. In order to fill the skills gap, more and more companies will choose to forgo full-salary positions and hire freelance developers.

Some in the industry have cited that there are, in fact, plenty of programmers and freelance software developers out there ready to work. The issue isn’t as much about quantity as it is about competency and niche. Not every programmer knows the most in-demand programming languages.

That’s according to Coding Dojo’s Most In-Demand Programming Languages of 2019 report.

Here’s why you need to know these two programming languages inside and out, as well as what you can to do to get proficient in them.

Python is one of the oldest and most widely-used programming languages in the world. As it’s one of the most popular languages for teaching programming in the first place, you may already be intimately familiar with Python, or at least somewhat familiar. If not, it’s an essential language to add to your CV.

Google, YouTube, Instagram, and many more of the world’s most popular applications use Python. Not only is it a versatile programming language, but it’s relatively easy to learn, read, and work in. It’s a great language for novice programmers to learn so they can get a marketable skill quickly and start earning right out of the gate.

Introduced by Guido Van Rossum in 1989, Python is widely used for:

There are already plenty of people looking to hire Python developers on Fiverr, with 3,800 Python-related search queries on Fiverr in just 14 days between July 12 and July 26, 2019.

Here are a few resources you can use to learn Python:

Jobs and Gigs You Can Land as a Python Expert

From building webpages to developing AI, there are plenty of gigs you can land as a Python expert, some of which you may not have expected:

Like Python, Java has been around for decades and has certainly stood the test of time. As the second most popular programming language after C, Java provides one of the best routes to making a living as a programmer. Ninety percent of Fortune 500 companies use Java as a server-side language for their backend development.

Java is a general-purpose, high-level programming language. As such, it can be used in a surprising number of applications. Businesses, schools, and laboratories all use Java, and it can even be found in many of the programs and apps you use each day (including the web browser you’re using to read this).

Java is most widely used in:

Java is in high demand, and plenty of businesses are looking on Fiverr for top Java programming talent, with 3,300 queries on Fiverr for Java-related gigs between July 12 and July 26, 2019.

Here are a few resources you can use to learn Java:

Jobs and Gigs You Can Land as a Java Expert

There are plenty of gigs you can land as a freelance Java developer. Here are just a few:

Sell Your Programming Skills on Fiverr

Whether you’re marketing yourself as a Python developer, a Java developer, both, or you’re an expert in a more niche programming language, there are a few steps you can take to market your skills on Fiverr.

First and foremost, try to be as specific about your skills as possible. If you’re proficient in a certain area of programming, don’t be shy about it. A description like “I will help you develop your mobile application using Java” or “I will develop your Python chatbot” will attract more of the right kind of attention than a generic description like “I will program in Java.”

Your goal should be to find your niche. Create the types of gigs you can do proficiently, then deliver on them to start earning positive reviews from clients. Remember, 84% of people trust online reviews as much as a personal recommendation.

Don’t be afraid to start small and work your way up to more, and better-paying gigs!