How to Live, Work, and Travel as a Digital Nomad 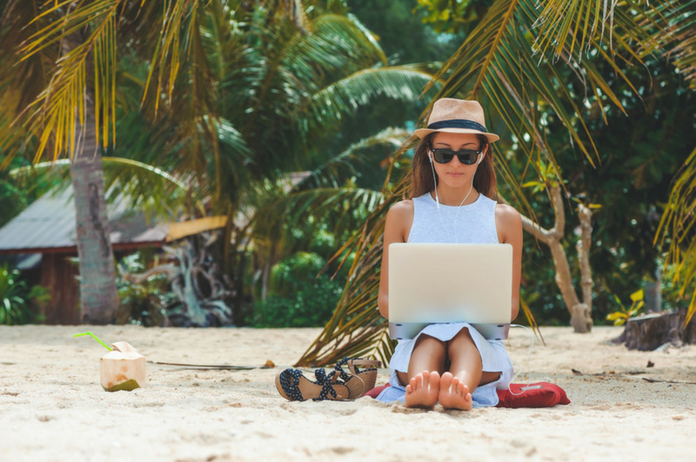 Fiverr Pro Jerry Nelson is an award-winning American freelance writer and photojournalist now living the expat life in Argentina. Over the course of his career, he has written for publications such as of CNN, Huffington Post, and Entrepreneur—and now he is the subject of the second installment in our new series, Meet the Pros.

Get to know Jerry in the blog post and video below, and then hire him for your content and reporting needs on Fiverr Pro. "The greatest paradox in modern America may well be that although argument and discord prevail in the edifice of American Democracy, the best and most thoughtful citizens have already left the building." —John R. Wennersten, author, Leaving America: The New Expatriate Generation

‍The political chaos going on in America has triggered an increase in the number of expats. And while other reasons exist, the political climate was the #1 reason given by those who left in 2017.Many Americans aren’t just considering going, there is a burgeoning number who are peeking behind the curtain and examining the idea of living overseas. The tally of Americans relinquishing their citizenship and emigrating is on the increase and establishing record highs each year. The spike in American emigration is nearly exponential.

In 2011, 1,788 Americans formally discarded their citizenship, more than 2007-2009 together. In 2013, 2,999 citizens moved forever, out of America.According to a report in Fortune, the third quarter of 2017 alone saw some 1,376 citizens choose to expatriate, including the appropriately named “John Quitter.” The figures for the final quarter of 2017 aren't in, but if it maintains the pace of the first three quarters, the 2017 tally will be in the neighborhood of 6,800 persons.

What Is Are Expats and Digital Nomads?

An expatriate, ɪksˈpeɪtrɪət, is a person who lives outside their native country. Digital nomads are doers who use tech to earn a living as they travel the world.

If you've finally decided to fulfill your ambition and move overseas, your nerves may be frayed. What will it be like to live in a foreign nation, speak a different language, experience a new culture and eat exotic food? Then reality hits. Deciding to live abroad is one thing.

Dealing with procedures and necessary preparation is different. Many things have to be considered, often all at the same time.
What are the visa requirements?
Can your spouse work there?
Where will you live?
What is the cost of living? How much money will you need to earn?

And the inevitable question, "What to do for a job?" Without a healthy retirement plan, arrangements still need to be made to earn an income. Many nations won't even allow a person to immigrate if they can't prove steady employment.

The answer can be found as a digital nomad. If you don't like the label, consider location-independent professional, remote worker, perpetual traveler or binary vagabond. Many just prefer digital nomad. It's just easier than saying 'person whose work doesn't require them to be in a particular place and can be done largely online.'

Now, you've got a pit in the stomach and wonder if you can pull this off. The dream of moving overseas may begin to feel like a nightmare. But don’t worry.. There will be a roller coaster of emotions, and it’s totally normal. You can do this, and we’re here to help. Here are some of the best tools you can use to help you live and thrive wherever you may land.

Tools For Generating Income as a Digital Nomad

To think that everything on Fiverr is $5 is so 2010 and shows you need to leave Facebook alone. The doors opened on February 9, 2010 and  Fiverr has blossomed into the Cadillac of marketplaces vying to pair digital nomads with buyers.

A global online creative center, Fiverr offers tasks and services, beginning at the cost of $5 per job, hence the name.  Fiverr lists more than three million services and only a fraction of them start at five bucks. Applying for the "Pro" designation is another avenue within the Fiverr marketplace that’ll improve the quality of the sales and potential clients.

Having Fiverr as a kind of "agent," a writer, or any other seller, can fire their accountant, shut down their website, let the expert go as all of these services are offered to vendors."It's really about the global share of talent," co-founder Micha Kaufman told FastCompany in 2014.

Inexpensive and reliable communication is not a guarantee, and you need an alternative to payphones — yes, they're still in places overseas. Quality cell service, while widespread, is not ubiquitous. Many expats are turning to TextNow for calls and texting. The service provides free voice calls to other TextNow users, caller ID and many features which come in handy when you're in the mountains of Patagonia but just can't get a steady signal. The best part? The app is free.

The extremely popular software for serious writers has a learning curve, but it can still be used straight out of the box. The finished document is formatted — compiled — into numerous formats, and all of the research material can be stored, cozy in a folder with your work. Scrivener offers a no-cost, fully functional 15-day trial, and after that, it's less than $50 to buy.

Grammarly is an online proofreading tool which permits the user to copy and paste a section of text for proofreading and suggested word choice. There is a free version that will detail mistakes and if there is plagiarism detected.

A cross-platform app designed for note taking, organizing, tasks lists and archiving, Evernote allows users to generate a "note" of formatted text, a full webpage or excerpt, a photograph, a voice record, or a written "ink" note. Notes can also have attachments. It is the ‘go-to' research assistant for writers who live or die by their laptop.

Take a portable charger everywhere you go. Although not used everyday, it will be good to have for the times you need power on the go. When a battery drops beneath 50 percent, it can become a significant problem for anyone who is on the move. Be sure to find out what kind of electrical plug adapters may be needed and don’t forget a converter if needed. Almost every city in each country has vendors on the street who sell these, but quality will vary.

Many digital nomads are into Trello and claim it is the best project management tool available. For many individual users, it can be overwhelming, and half the features go unused. Buckets allow tasks to be managed in color-coded boxes. The best part? The application is free. The bad news? Both Buckets and Trello are of minimal value to the solo-entrepreneur.

As a digital nomad, it can be challenging to find time to read. As a writer, the demands for a lot of reading always there. That's why Pocket comes in handy. The app collects articles from the web and shows them for ‘on the go' reading whether that's standing in line, sitting on the toilet or waiting for a train. And it can all be done without an Internet connection.

That’s all there is to it. Of course there are more items which would increase comfort and efficiency, these are just the basics. But this list, an open mind and a sense for adventure will help you off to a good start.https://youtu.be/tHY0tSW1sT4

‍Dreaming of giving the digital nomad life a go? We’ve got a job opening you may be interested in here. Already living and working abroad? Share some of your tips below!