C# vs. C++: Which Programming Language is The Best For You? 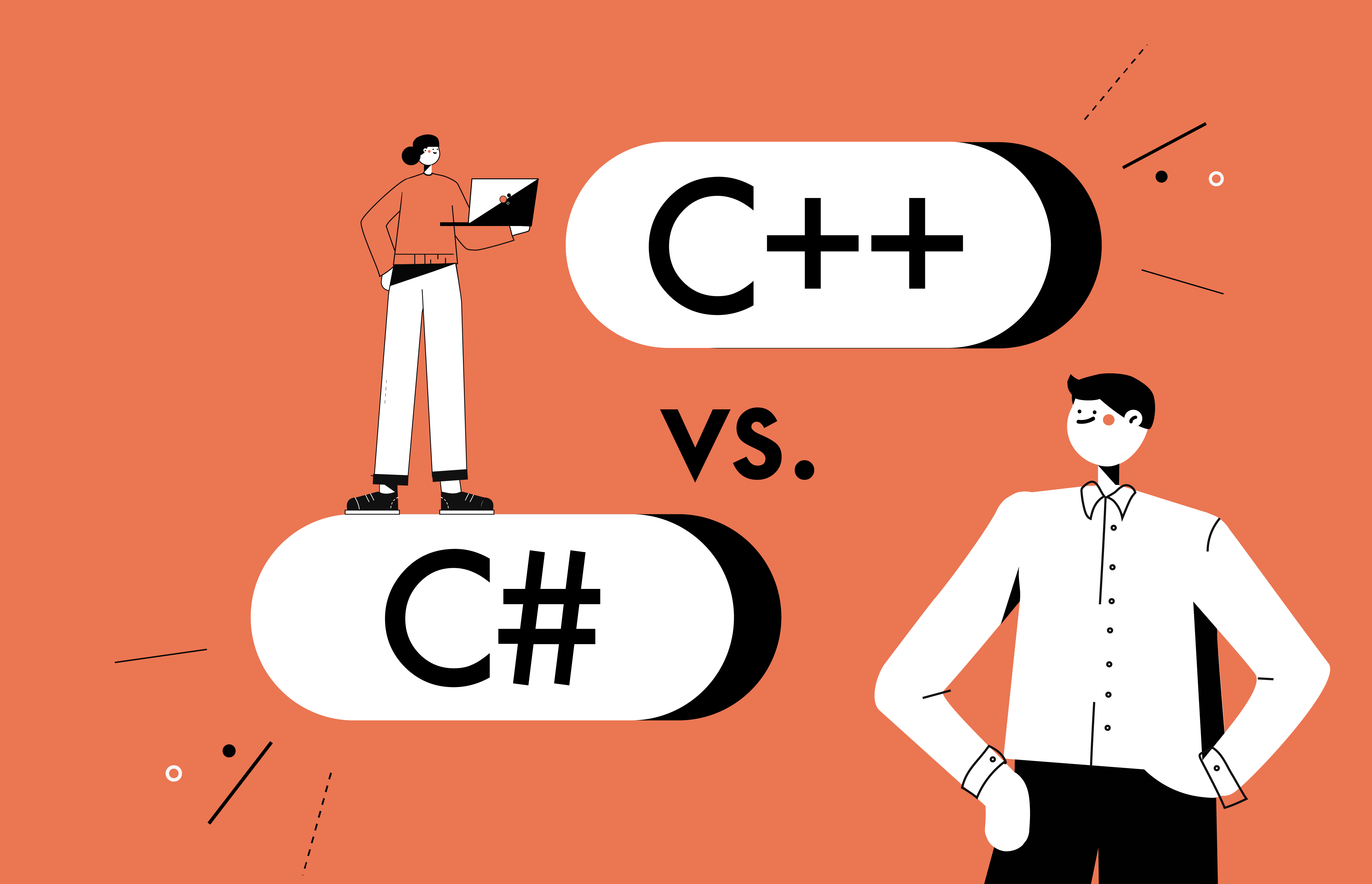 Ready to learn programming for a career change or fun hobby?

There are various programming languages to choose from for web design, game design, and app design. They are called languages because they are instructions to the computer that communicate your design.

So, what exactly are the C# and C++ languages, and which one should you use? Let’s dive in.

What is C++ Programming Language?

Let’s start with C++, as it is much older than C#. C++ was published in 1985 and became the go-to reference language allowing others languages to be created. C++ is a programming language that explains to a computer how to perform certain instructions.

If you are developing applications that work directly with computer hardware, then C++ is the efficient way to go. It is commonly used and a good choice for web applications. For some examples, Google Chrome, Adobe Photoshop, and Microsoft Office use C++.

Learning C++ is a great intro to many other languages as it is a foundational language. In addition, because it is a base language, there are more job opportunities available if you know C++. It is also easier to move from C++ to C# than the other way around when expanding your skillset.

What Is C# Programming Language?

C# is a newer language on the scene introduced by Microsoft to compete with Java, another programming language. C# handles more than C++ and requires less manual work making it an easier language to learn for beginners. But keep in mind that C++ is more of a base, and it is harder to go back to it from C#. In addition, C# doesn't provide the same depth of control.

Being created by Microsoft, C# is targeted more towards Windows Operating Systems. C# also works well for web development. But it tends to be more popular for mobile applications and gaming than C++.

What Are The Similarities Between C++ And C#?

Both languages are based on C programming developed in the 70s, and each is object-oriented programming, meaning related functions are combined into units. The units are called objects. Within the object, you have the function referred to as the method, and the variable referred to as a property. If this sounds confusing, it can be, but for now, you can think of it as a way to group things to make programming easier.

While these are the basics of their similarities, they are actually quite different.

What Are The Differences Between C++ And C#?

C++ is a lower-level to mid-level language that requires more manual work than C#. Because C++ interacts directly with the hardware, applications built with C++ run faster than C# because there is no middle man, aka the NET framework from Microsoft. C# takes out some manual work and makes it much faster to build applications, especially for mobile.

C# handles memory management where C++ does not—marking another reason why C# is an easier choice for beginners. It depends on whether you want more control or convenience. C++ provides more control, while C# offers more convenience.

Which One Is The Best Language For Your Program?

A general rule is if you are doing lower-level computing processing and crunching numbers and basic web applications, then C++ is likely a better choice as it is more basic but runs faster. However, if you are looking to develop complicated games, mobile applications, or applications that integrate easily with Windows-based programming, C# is your choice.

C++ wins out for performance, but you could get bogged down with more manual operations. On the other hand, C# has some processes already compiled, so it is the winner if you want to get something done more quickly and easily or have more complicated projects to create.

So, which one will you choose?